Category Archives: How did we get here?

so this just happened…

Mac is in the final weeks of finishing Year 10.

He wasn’t keen to continue populating the blog until he knew how high school would pan out and so we haven’t posted since he finished primary school.

BUT… this gorgeous, grown-up dude did agree we should share pics of him heading off to his school formal last night. Filed under fridge magnet friday, How did we get here?, Inclusion... straight up!, things that make me go "glll"

the fog is lifting

So life managed to get in the way recently.

End of term, school holidays, moving house, end of year financial commitments have all seemed to sneak up a knock me for a six in my blogging time.

But finally… the fog seems to have lifted so I hope to be back on track with my blog from here on in.

Mac is doing really well and we have lots to share.

His once valued input and constant companionship has not been sought for nigh on 18 months.

I guess even the best of friends (some would say ‘co-dependents’) can grow apart.  The most intense relationships sometimes have a short life – four and a half years in this case.

And so, here we are… confidently supporting the retirement of ‘Old Bub-bub’ (known to others as ‘paci’ or ‘dummy’).  Easily recognisable Bub-bub generally sported a ‘Do Not Disturb’ lanyard – for obvious reasons.

It is nice to know Mac has had no need for his former vice all year.

Until today it had been included in Mac’s emergency items in a secret compartment in his school bag with the following information:

But, as there is clearly no longer a need for this relationship, I simply say… goodbye old friend, thank you for all the help you provided when we needed you most.

Kindergarten or bust – a time to reflect…

Here’s a copy of an article I wrote for the ALEA publication Practically Primary.  It appeared in their journal back in February 2009 and was focussed on ‘transitioning to school’.  [note: some names have been removed from the article for privacy reasons] 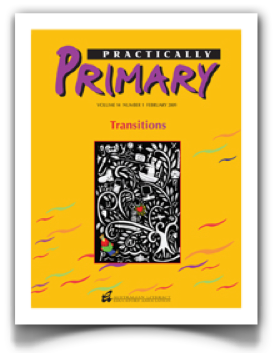 You can visit ALEA online at http://www.alea.edu.au/

Filed under How did we get here?, Inclusion... straight up!, kindergarten at last, Preparing for Big School

how to devalue a child in three easy steps

One of the local service clubs is raising money for a Hart Walker for a young girl from the region.  They approached the school for support which was duly offered – it was for a good cause.

But how does the equipment need of one child outweigh basic respect for another?

When the service club members came to speak at assembly about why they were raising money I know they meant well.   But, is it fair to stand in front of the entire school, when one student is sitting in a wheelchair in the front row, and  tell them “how TERRIBLE life would be to be in a wheelchair.  Can they IMAGINE how AWFUL it would be?”

Why is it OK to devalue any child in front of their peers.  Why is it OK for his method of mobility to be touted as ‘terrible’.

I have written a letter to the service club suggesting some alternative ways to approach talks like this.  I am yet to send it as I was waiting to see if my feelings on this matter changed/dissipated/diminshed.  I wanted to see if I was still as disappointed as I was on the day… I am, and as such, I will be posting the letter.

I raised it with the school but don’t feel they truly understood what the issue was – as always people get very defensive if you dare to suggest “well meaning fundraising people” are anything other than saints.   I decided not to pursue it, rather I will use it as an education opportunity with the service providers.

So, back to the title… just how do you devalue a child in three easy steps:

We all failed Mac on this occasion.

Sorry Macco.  I promise we will do better!